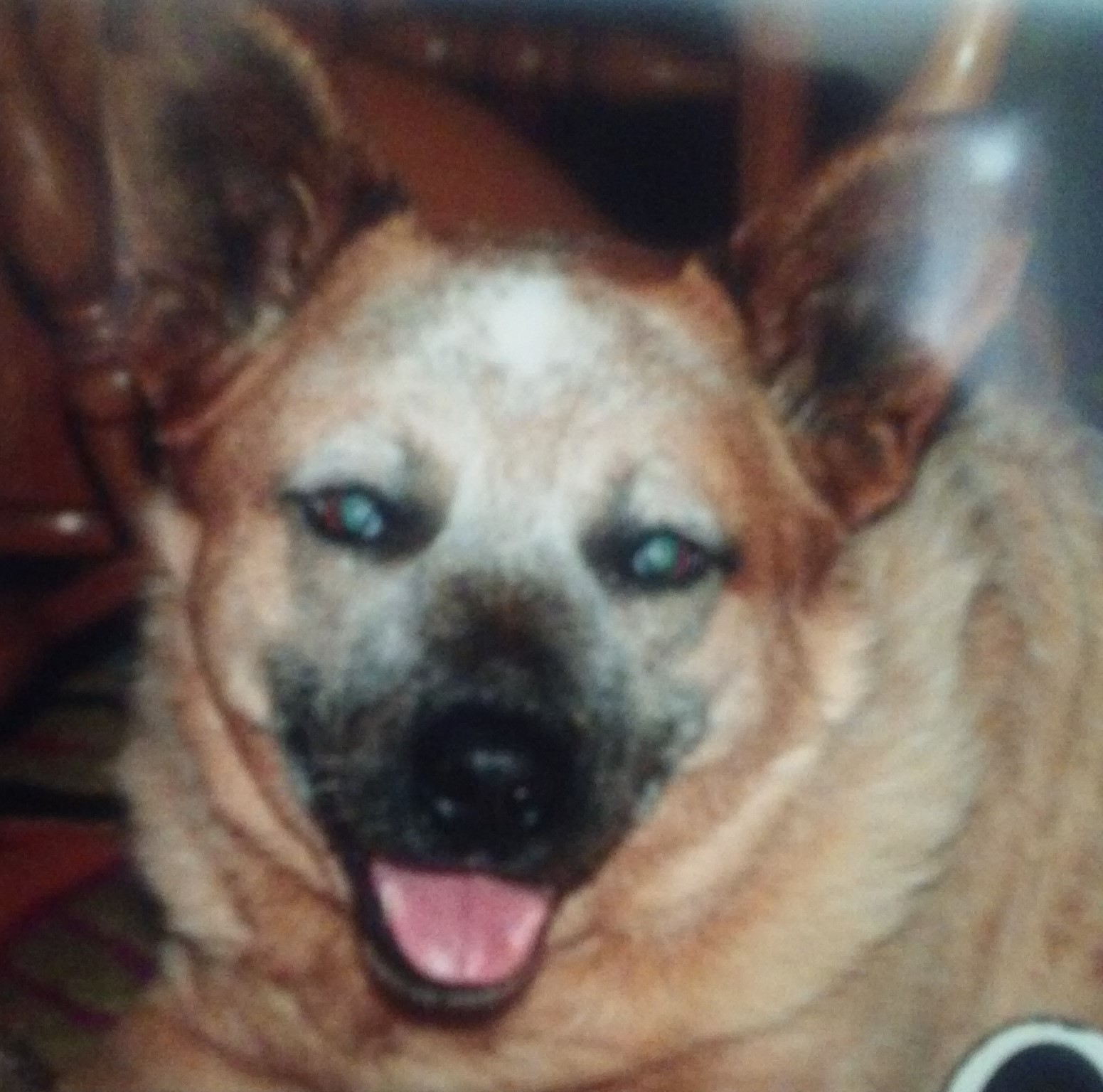 Dingo came to live with us after he was abandoned and left in his kennel after the 2008 flood. I found him on my mail route and after talking to a neighbor.   I found out that she was in fact feeding him and was trying to find him a home. After talking to my wife we decided to give him a forever home knowing basically nothing about him or his upbringing. So began as I will call it “the education of Dingo’s parents” and boy did he teach us a lot!

We took him to Frey’s vet clinic and they told us what kind of dog he was (Australian cattle dog) and about how old he was approximately between 2-3 yrs of age, They also told us a little bit about the breed and what to expect!

I could go on and on about what he taught us but I will just let you know that I have been a dog owner for 28 years . My previous dogs were bought as puppies from breeders or a pet store . When they are puppies you teach them, but I have never had a dog teach me like Dingo did! So I will say this never again will I buy a dog from a breeder or pet store we will adopt!
I miss you Dingo!

Thanks for everything bud! I LOVE YOU!