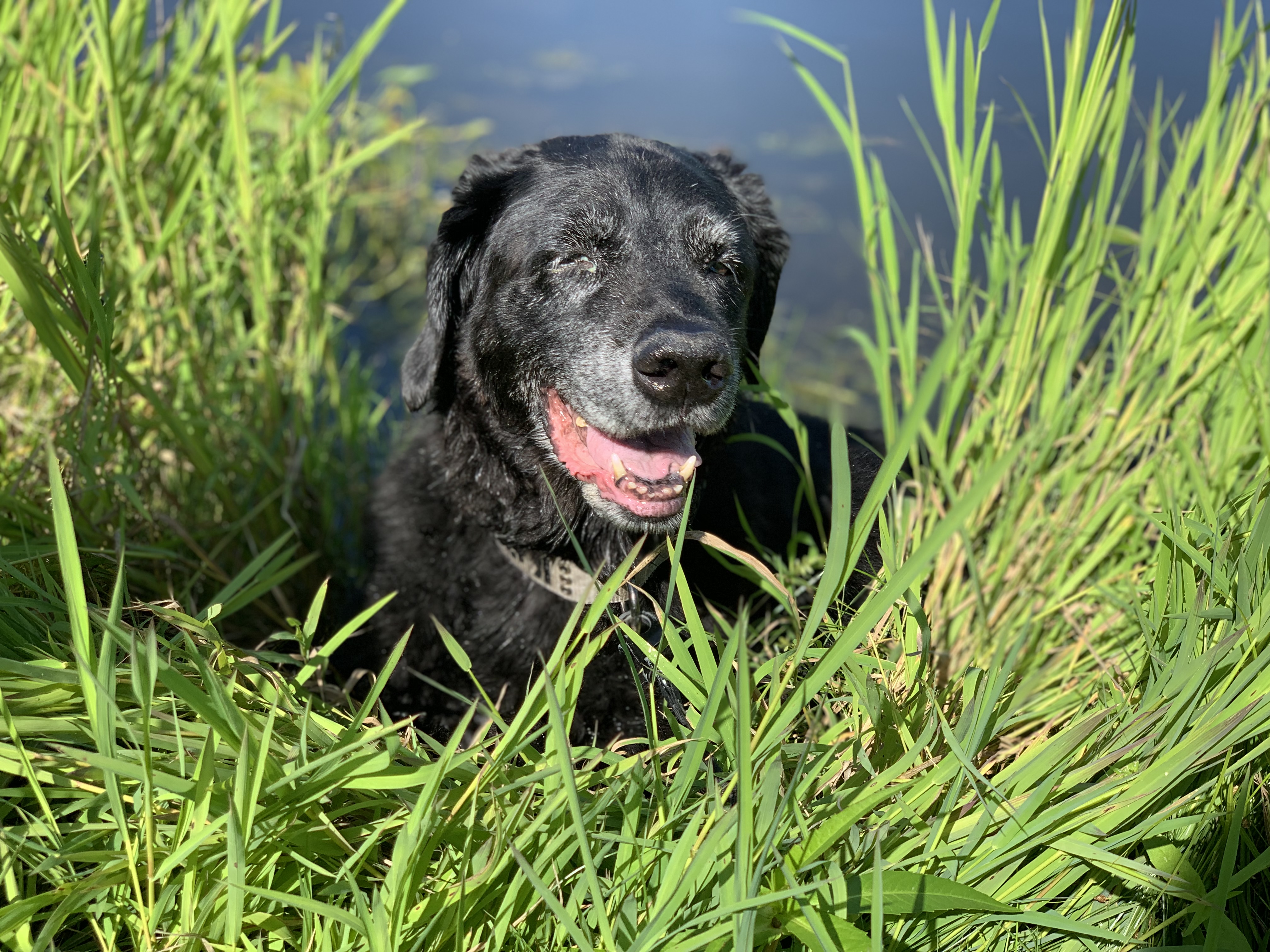 We adopted Aiden from a pet sanctuary in Storm Lake, IA on August 8, 2006 when he was thought to be about 4 months old. He and his brother had been abandoned in a ditch. We were a young couple, not yet married, and Aiden was our first baby. He brought us so much joy from the moment we met him. He was a big boy – 26 pounds at 4 months, and his paws were huge! Everyone who saw him would say, “Beautiful dog! Look at those paws – he’s going to be a big boy!” He loved swimming, playing fetch, eating oranges, and occasionally licorice. He hated thunderstorms and vacuum cleaners. His favorite hobby was barking at other animals, kids on swings, ice skaters, and any other fast moving object on the TV. There was a popular dog treat commercial in which the dog in the commercial was talking. When Aiden heard the commercial, even from a different room in the house, he would come running to bark at the TV because he knew there would be a dog. He was our sweet, loving, goofy boy for 13 years. On his last day, we took him to a park where he could walk around and sniff everything, go for a swim in the pond, and enjoy some licorice. When we brought him to Frey to say goodbye, he enjoyed cookies, ice cream sandwiches, and the best hugs and snuggles. We still miss him terribly, think about him daily, and keep him forever close to our hearts. See you on the other side, big boy <3.