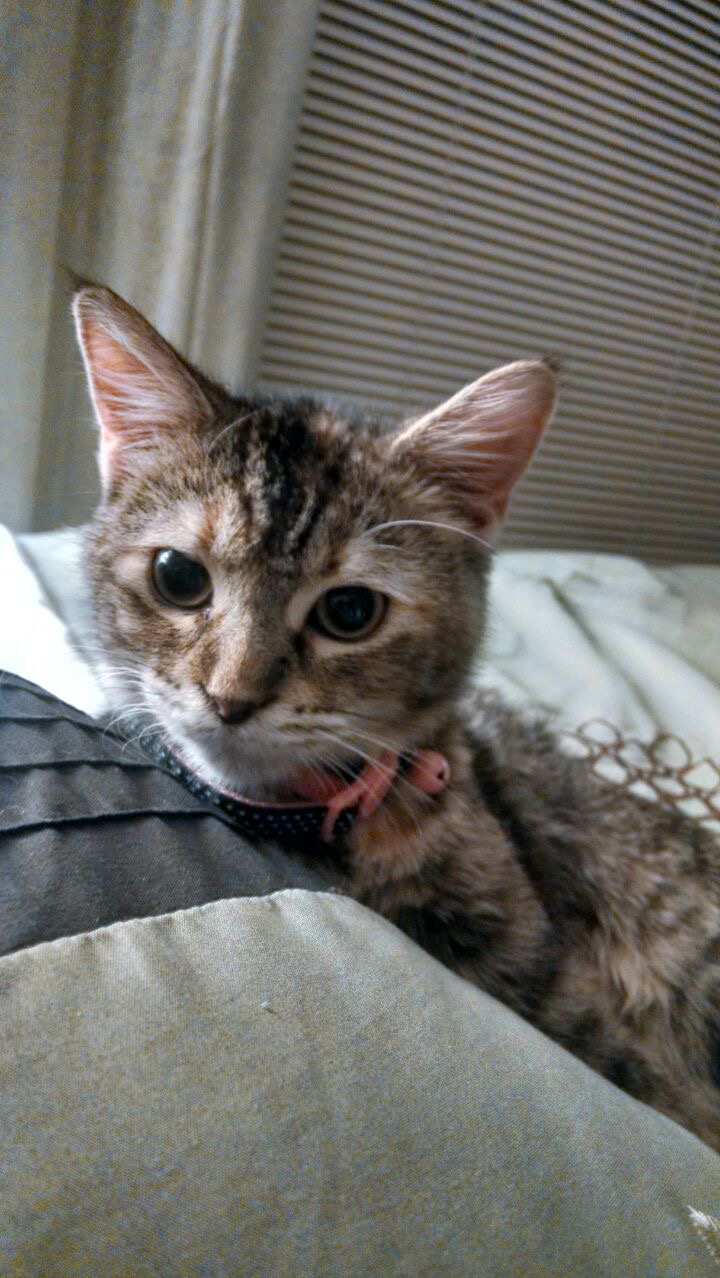 We met kitty about five years ago when we were wandering through the Cedar Valley Humane Society. There were so many kittens and so many pets in general that needed love. Kitty just sort of stood out to us because she stayed to herself in a corner and didn’t really want much attention. We brought her home for my son who was eight at the time. They became instant friends. Kitty was never a snuggler, but she would love you when it was convenient for her. Her favorite thing to do was to come up and smack us with her paw, on the back of our heads, when we would start singing. She hated our singing.
She became fast friends with our guinea pig and the two of them would sit and watch TV together.
Kitty would never meow. She never clawed anything (although it helped that she was fully declawed) and she would play for hours chasing her toys lined with catnip. But mostly, Kitty was happy lying on our bed pillows, soaking up the afternoon sun.
5 months ago, we were blessed to get a new chocolate lab. Kitty was not thrilled. She would sit and study Russell with little to no enthusiasm. We thought she hated him…and we were right. He would try to play and she would whack him with her arms and paws. Then she would proudly strut off as the victor.
Death came suddenly to Kitty. Early last Saturday morning, after an unusual cuddle session and fur combing, Kitty started acting weird. She couldn’t move her hind legs. We thought our puppy, who is a strapping 55 lbs, may have run in to her.
Fast forward to the vet, a very distressed cat, and an X-ray that should an enlarged heart and spots in the chest. Kitty had a stroke, and she was paralyzed.
The decision to let her go was heartbreaking. We hadn’t had enough years with her. But we saw her pain, and we loved her enough to know quantity would never mean quality of life. And so we let her go. I miss her SO much.
I have always been taught people go to Heaven. Now I believe that pets do too.
So Kitty, go run, and play and soak up the sun. We will some day meet you at the Rainbow bridge and then we will journey forward in to paradise together!!