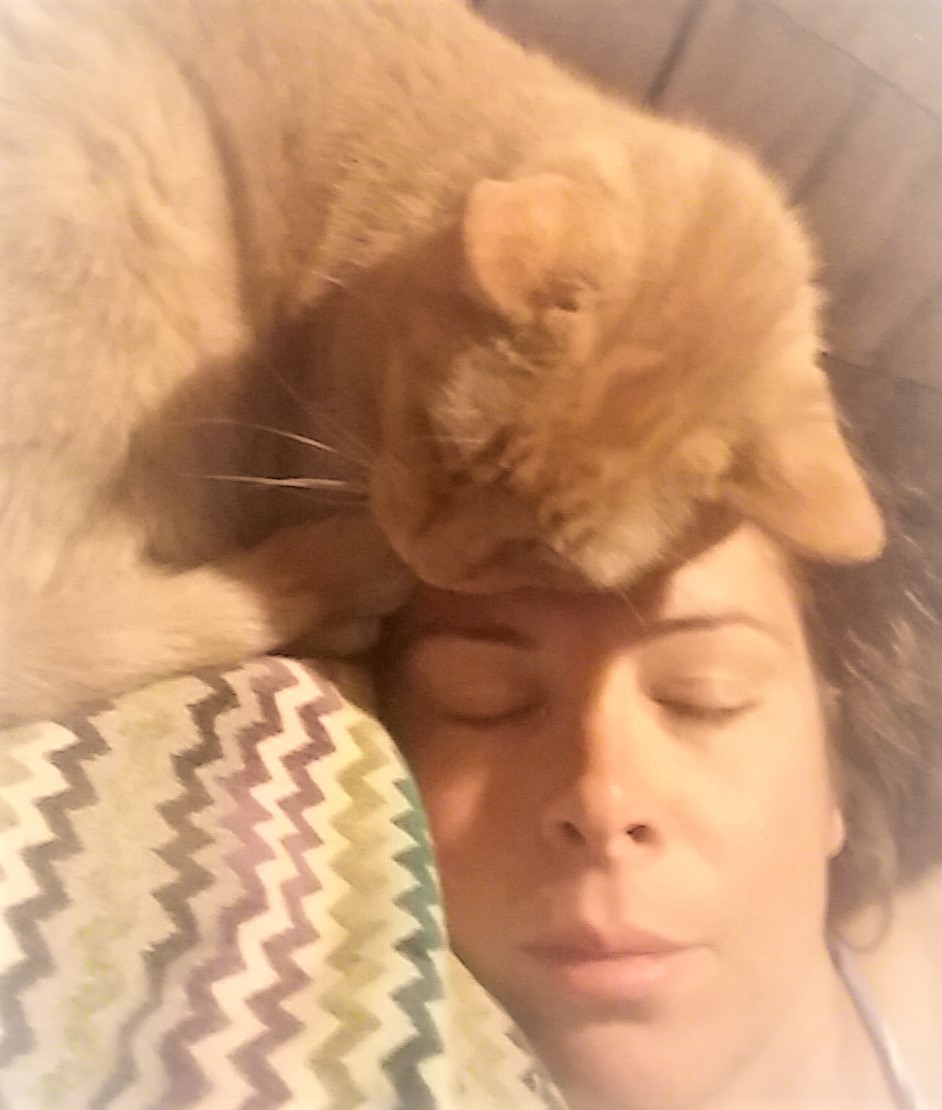 Milton is the cat that had been with me the longest. We met back in 2005 when I went to an animal shelter in Iowa City. I was dazzled by his room mate…a maine coon female. However, while I was petting and paying attention to her, Milton climbed onto my back. He was an orange boy and I’ve always had a soft spot for those types of cats. He chose me and that was that. He’s had many mates through the years, many houses, but always me. He lived to be just over 17 years. Some of the fond memories I have of him are when he would do what I call a “Kitty Parade,” after catching a toy and prancing off with his head up, proud of his catch. The time he brought a live cicada in to my apartment…that was awful and incredibly loud. The time I had to wade through the flood of 2008 waters to get to my house to get my cats and carry him in a carrier over my shoulders. The time he woke me with terror because there was a stranger at my door at 3am knocking….who needs a dog, I had Milton! The time he got sprayed by a skunk and ran back into the house stinking up the whole place; my kids were sent home from school because they smelled so bad!

After my divorce in 2017, he began tucking me in at night. He would snuggle under the sheets with me and we would rub faces for a bit and give loves. I think once he knew I was settled (or he got hot under those sheets) he would go downstairs to sleep; sometimes he would stay. I miss him so much. He was my heart, he was my love, he was the most gentle soul.