By freypethosp May 17, 2019 Pet Stories
No Comments 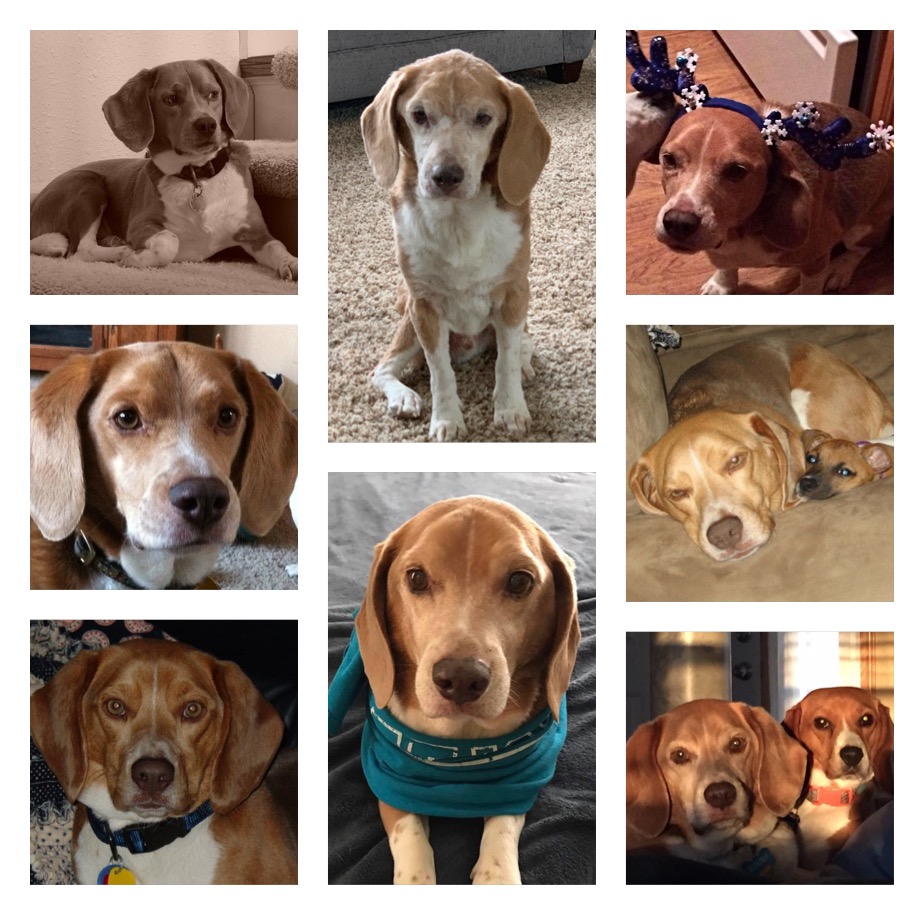 Our Trevor, part beagle, part lab, was probably the most annoying dog we’ve ever had. He whined A.L.L. T.H.E. T.I.M.E., for all of his 17 years, for reasons we could never figure out. When he whined, he never wanted to play, chew on a toy, go outside, be petted, snuggle on the couch, eat, he wasn’t scared, and was never in pain (until the last couple of months). But he was also the sweetest dog ever. When he was about 6, we got a rat terrier puppy. He wrestled with her anytime she wanted and he’d let her take him down, every time; he was about 30 lbs and she was maybe all of 2 lbs. He had the most beautiful light golden eyes and the softest fur; we’d call him fluffy butt in the spring when he was blowing his coat. Trevor’s most special trait though, was his bark, or as we called it, his “seal bay.” Anyone who heard him cracked up laughing, even people who walked by the house where he’d be inside baying at them. He was our boo and we miss him terribly, even the whining.